The National Ocean Service reports that the oceans contain 20 million tons of gold. Ever since the British chemist discovered its presence in seawater, the unconquerable riches have taunted many.

In the early to mid 20th century, several people attempted to become massively rich though seawater gold. Read about a fraudulent pastor/diver duo, a Nobel Laureate, Dow Chemicals, and more in part one!

In 1990, scientists at MIT used modern technology for more accurate measurements of seawater gold. They found concentrations of 1 gram per 100 million metric tons of seawater in the Pacific and Atlantic. Surprisingly, the gold concentration in the Mediterranean Sea is three times higher, probably because it is landlocked and is less “diluted” than oceans. 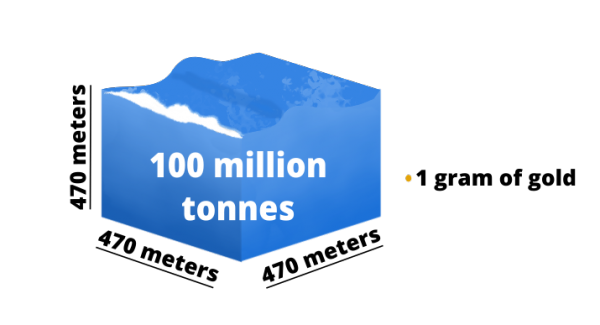 For every 100 million tonnes of ocean water, there is 1 gram of gold.

In 2002, Indian scientist Joy Prakash Agarwala claimed to have developed technology to extract gold. In the footsteps of those before, there was never any reported success.

In 2011, a patent was filed for a method of seawater extraction by Chinese inventors. The process proposed using electrical charges to draw positively charged gold to a negatively charged plate, and then melt the accumulated gold off the plate.

Most popularly, in 2012, Mark Sullivan marched onto the set of the popular show Shark Tank with his “Sullivan engine”. He claimed that his invention was designed to use the Coriolis effect to produce clean energy, and he later discovered that it also collected gold from seawater.

None of the Shark Tank investors were interested in his design, but he did earn a bit of a reputation for his wild claims, which were broadcasted and seen by many. Sullivan did note that his invention was 20 years ahead of its time. The seemingly impatient Sullivan has already moved onto harnessing energy from gravitons in another attempt to develop clean energy.

In 2018, scientists in Switzerland described a molecular “sponge” that can attract gold. A grid of iron particles surrounded by an organic framework can bind gold at 95% to 99% efficiency. It must be renewed with ascorbic acid, and without constant regeneration, efficiency drops to 80% and takes three weeks.

Although there are other methods proposed to separate the gold from the sponge, scientists had to heat it to 900°C, followed by treatment with concentrated hydrochloric acid. These extreme methods are unlikely to be feasible for large scale, cost-efficient applications.

Over the last decade or so, another, more menacing strategy to extract gold from the ocean has been silently growing. Deep-sea mining is a strategy to recover the gold–not dissolved in the ocean–but on the seafloor, often around hydrothermal vents.

These underwater jets shoot out superheated water with high concentrations of metals and minerals, which cools down and condenses into solid material onto the surrounding seabed. The area around hydrothermal vents is covered in a buildup of gold and other heavy metals, and deep-sea mining intends to collect it. 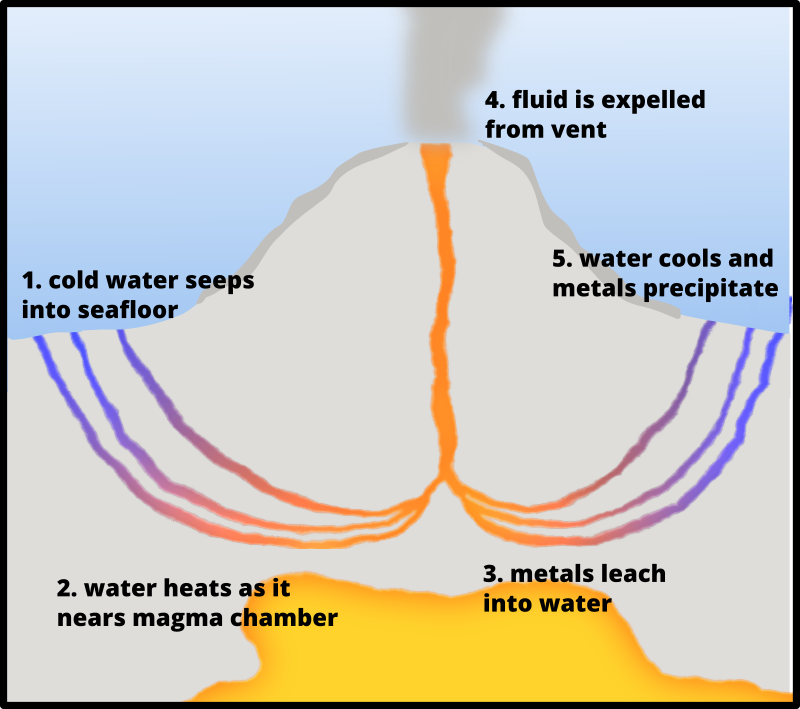 Hydrothermal vents move metals from deep within the earth to the seabed surrounding the vent by cycling water.

Amidst the current climate crisis, experts stress that mining the ocean for gold may be the final straw for ocean ecosystems. There has been more and more interest in metal deposits in the ocean as we exhaust our resources on land. So far, the focus has been on surveying the deep sea in search of mineral deposits. Without intervention, exploration may soon give way to commercialism.

Mining in international waters is expected to begin in 2025. China has already started mining for gold and is making rapid advancements in deep-sea mining technologies. Mining in coastal waters of Papua New Guinea is planned for 2020. 29 exploratory permits, to various governments (France, Japan, Germany, Korea, India, etc.) have been granted over the last decade or so.

We propose an eco-friendly alternative to satisfy the growing demand for gold.

Delftia acidovorans, the bacterial mastermind, has a unique secreted protein that wraps around gold, neutralizing charged ions into nanoparticles which eventually accumulate into visible gold nuggets. Unlike the fraudulent pastor Jernegan, Delftia does not seem to have a business partner that is conveniently scuba licensed, nor has it made wild claims about Coriolis energy. Delftia can’t even hold a pen to sign a patent, yet is still willing to work tirelessly, gathering gold by the ion to achieve what so many failed at.

Preliminary investigations have recently come about, proposing Delftia as the ideal candidate for seawater gold extraction. It produces a unique gold-binding protein, delftibactin, that helps it survive in hostile environments. Delftia could also be used to detect gold deposits on land, reducing the overall demand for sea gold. And, just one more bonus, it can recycle gold from electronics. A research team in Germany has already filed a patent and proposed to use the bacterium to extract some of the 10,000 kg of gold in the Reykjanes reservoir, a part of the Icelandic hot springs. 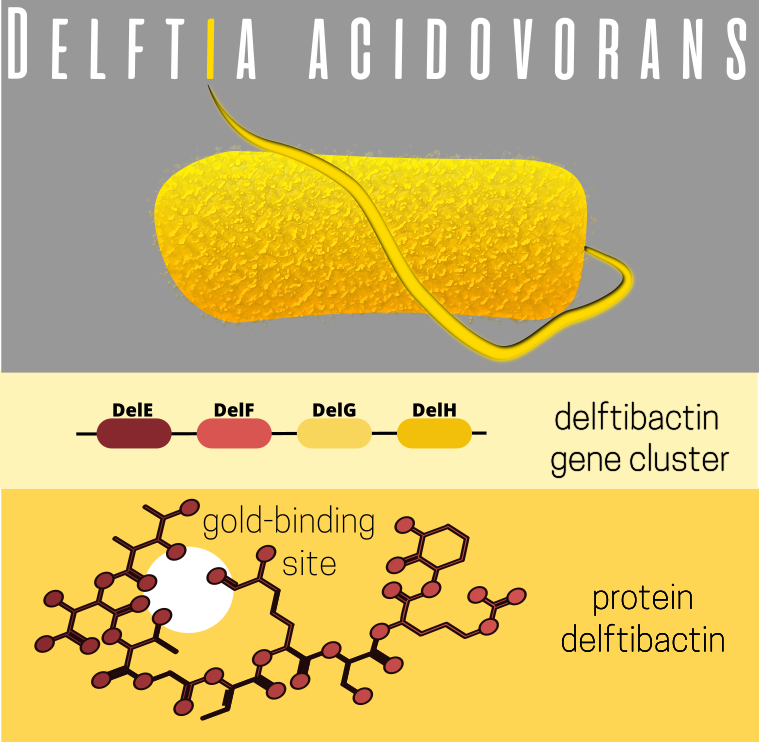 Delftia acidovorans has a gene cluster that allows it to produce the gold-binding protein, delftibactin.

Our lab has been working to understand where Delftia lives and to understand genetic variations between the strains we have found. Citizen scientists have graciously helped us with sample collection, and we’ve found that Delftia is actually a common resident of our local sink and shower drains. Not only does this organism have a strategy that can be used to meet the growing demand for gold, but it is all around us, sometimes in unlikely places!

There’s gold in the ocean, but how do we get it? Call for Annotators 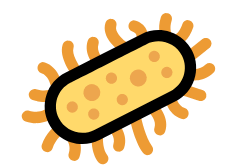